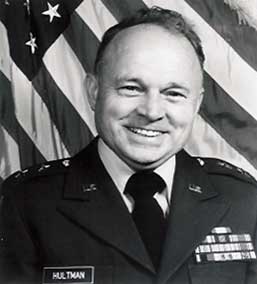 "The Waverly Iowa Veterans are doing something I wanted to do for years," said retired Major General Evan "Curly" Hultman of Waterloo, IA. Plans and fund raising are underway to build a new Waverly Area Veterans Post (WAVP) where "Patriots Gather". The new facility will be home to Waverly's American Legion, Amvets, VFW and Marine Corps League.

After extensive research, the WAVP Board and Major General Hultman are pleased to move forward with construction of the only Post in the Midwest with the American Legion, Amvets, Marine Corps League, and VFW under one roof. The history and charter of each Post will be honored and maintained throughout the facility. The walls and halls will be filled with memorabilia from those who sacrificed so much for the freedom of others.

"This project is so unique" states Major General Hultman, "and that is why I agreed to be WAVP state and national spokesperson".

Hultman supports the new facility concept which will house individual spaces for Veteran Posts to conduct meetings. He also sees this as a special place for young veterans and their families who will be able to use the new facility's "Technical Center". A much needed state-of-the art kitchen will be built for banquets and veteran sponsored events. There will be memory walls, donor names will be displayed, and a museum type atmosphere will be established .

Because of a 100 year flood in Waverly in 2008, the Amvets building was totally destroyed and the American Legion building was extensively damaged. The existing VFW building, built in 1960, was left high and dry, but needs to be replaced. The new WAVP building will be built at the site of the existing VFW property.

"It is an honor to have Major General Hultman as a member of this project," said Jim Beam WAVP chairman.

Hultman knows the challenges ahead for a project of this magnitude. He is all too familiar with the challenges of war and the impact on veterans and their families. Major General Hultman served 3 1/2 years on active duty in World War II. Upon his return to his hometown in Waterloo, Iowa, he helped organize the local Army Reserve Unit in 1947. He continued in active reserve until 1985 retiring as a Major General. Hultman was presented with the Distinguished Service Medal by President Ronald Reagan in 1984.

He has continued as an inactive Reserve working with former Warsaw Pact military officers to enhance their professionalism as their nations enter NATO. Hultman's contributions have been recognized by the US Secretary of Defense with the "Defense Medal of Distinguished Public Service", the highest honor. In 2009, he was honored by his NATO peers, the Interallied Confederation of Reserve Officers (CIOR), with its highest award "Honorary President of CIOR for Life" - only the second time an officer has been recognized in its 61 year history. "I was floored, I couldn't believe it," he said. 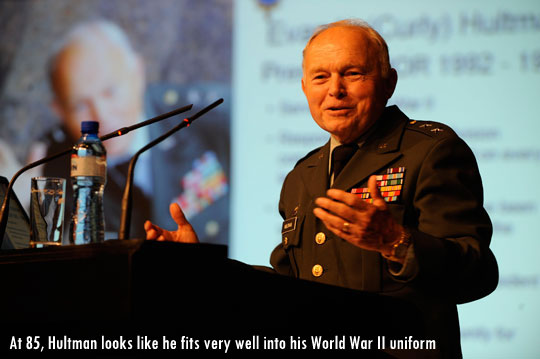 Ted Lanske, WAVP Board Member, recognizes a spokesperson with the status of Hultman. "Hultman will stress the importance of recruiting young veterans while, at the same time, maintain the charters and memorabilia of each Post group history. He will be able to help us build one home "Where Patriots Gather" said Lanske.

Cal Corson, member of the WAVP Fund-Raising Committee, sees value in the project for all Veterans and their families. Corson has identified three fundraising strategies: "The Front Line" will be contributions by Bremer County Iowa Veterans and families. The second will be the "The Home Front" including Waverly and the Cedar Valley residents and veterans. The third will be a nation wide fundraising campaign. "We need every dollar we can collect," Corson said.

"Donations are needed to make this dream a reality," said Beam adding "in the future this project will serve as a template for other Veteran organizations around the nation. To honor and preserve is the very least we can do for those who sacrificed so much."